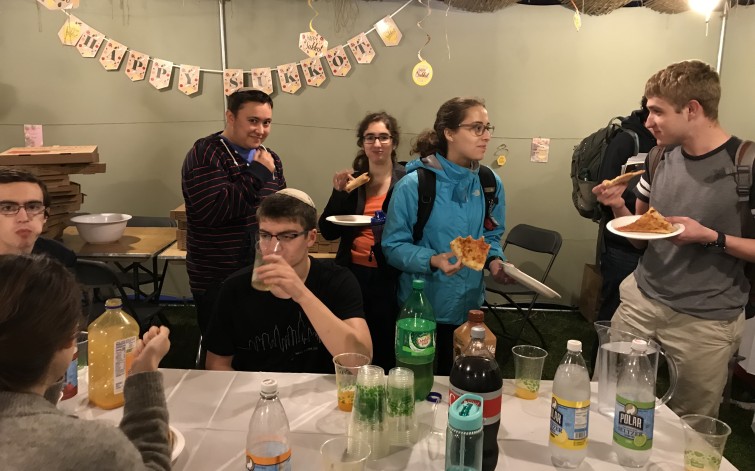 Fall 2021 and the Jewish
Holiday Calendar

September is a busy month for Jewish students as they work to balance religious observances with academics before classes even begin.

Though each holiday is celebrated with its own ceremonies and traditions, they share one thing in common: evening and daytime hours of all major Jewish holidays have restrictions that are followed by a number of Jews observing the holiday. These include not using any electricity or electronic devices including computers, cell phones, email, lights, and cars. Writing, erasing, and lighting a flame are also among forbidden actions. These are restrictions that are also observed every week on the Jewish Sabbath, Friday night until Saturday night, by Jews who are more traditionally observant.

Rosh Hashana is the Jewish New Year. This year, Rosh Hashana (pronunciation) begins on Labor Day evening, September 6, and overlaps MIT Registration Day and the first day of classes. Besides long worship services, in both the evenings and mornings, a celebratory dinner is common. Apples and honey, symbolizing a sweet new year, are commonly enjoyed, as are pomegranates and new fruits one has not yet eaten that season. A common greeting for Rosh Hashana is “Happy New Year” or “May you be written in the Book of Life”. The latter acknowledges that Rosh Hashana begins the ten-day Season of Repentance that culminates in Yom Kippur.

Yom Kippur (pronunciation), the Day of Atonement, is often referred to as the holiest day on the Jewish calendar. It is a 25-hour fast day, beginning before sunset the day prior. No food or drink may be partaken this entire period, and most of the evening and day are spent in communal prayer. Commonly one wishes one another “An easy fast” or “A meaningful fast.”

Five days after Yom Kippur is the eight-day long holiday of Sukkot (pronunciation), the Feast of Booths. Like for Rosh Hashana and Yom Kippur, for traditionally observant Jews, the first two and last two days of this period have some particular restrictions (see above). This holiday commemorates the 40-year journey of the Biblical Israelites from Egypt through the wilderness to the Promised Land of Israel. Thus, a prominent symbol and practice of the holiday is the building and dwelling in a “sukkah”, a temporary house/hut-type building often with tent-like walls and a roof made of bamboo or branches. Jews eat, study, hang out, and try as much as possible to “live” in this structure for the week. The sukkah is a reminder of the fragility of life, and of the partnership with and dependence upon God and not simply our own efforts for protection, as well as a time to experience more fully the outdoors. The MIT Hillel sukkah can be found on Kresge Oval. Jewish and non-Jewish guests are welcome to visit and rest or eat in the sukkah. Feel free to wish anyone there a “Happy Sukkot.”

The holiday of Sukkot ends with two more holiday days, Shemini Atzeret (pronunciation; literally, the “eighth [day] of assembly”) and Simchat Torah (pronunciation; roughly translated as, “rejoicing with the Torah”), which also have the restrictions above. Shemini Atzeret is a “cap” on the just-completed week of festivities. It is followed the next day by Simchat Torah, during which the annual cycle of public readings from the Torah (the Five Books of Moses, which begins the Hebrew Scriptures) is completed with the chanting of the final chapters of the Book of Deuteronomy, and then immediately restarted again with chanting from the beginning of the Book of Genesis. The day’s celebration includes festive processions with the Torah scrolls, including much singing and dancing.