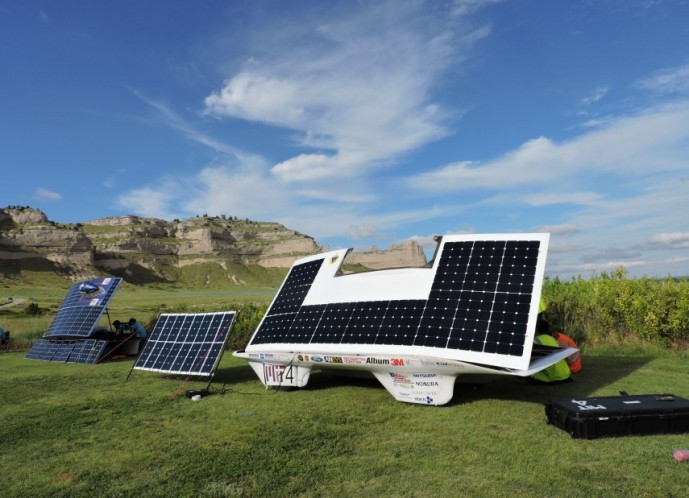 Last month, MIT’s Solar Electric Vehicle Team (SEVT) completed their first race in three years: The 2018 American Solar Challenge (ASC). The event was a series of competitions during which the team proved their exceptional talent and problem-solving abilities.

In order to qualify for the American Solar Challenge, teams must successfully complete various tests and races. These separate events each fall under one of two categories: Scrutineering and the Formula Sun Grand Prix (FSGP).

Scrutineering is a four-day process during which race officials test each car to confirm they are in line with regulations. Included are electrical, dynamic, and mechanical tests. The team performed exceptionally well in electrical scrutineering, but saw some bumps in the road during mechanical scrutineering. Mainly, issues arose from their vehicle’s suspension system. However, the group did not let this drawback bring them down. “The team was able to locate and debug each issue efficiently, collaboratively, and successfully,” notes junior and MIT SEVT captain Caroline Jordan.

On the fourth and final day of Scrutineering, the group successfully passed all mechanical and dynamic tests. Jordan recalls that although it was a stressful time for the team, “we gained a lot of knowledge and grew as engineers and people.”

The FSGP was a three-day track race held at the Motorsport Park Hastings. Teams who successfully completed the race would be granted entrance to the American Solar Challenge. At the start of FSGP, an issue surfaced for MIT SEVT: the tires on their vehicle were being burned through. Instead of feeling discouraged, the team came together and inspected the car to find a solution. The following day, they were back in the game. “At this point, the car was doing amazingly and we qualified for ASC that day,” Jordan shares. The team drove 107 laps and received fourth place for single-occupant vehicles.

The ASC itself lasted nine days. The challenge was a 1762.7-mile-long race event that followed the Oregon Trail from Omaha, Nebraska to Bend, Oregon. “Because of all of the fixes we had already identified, the car was very reliable going into the road race,” Jordan explains. The group performed well in spite of some small issues due to weather and race operations. MIT SEVT’s vehicle completed the race within their time limit using only solar power. The team received fifth place in the single-occupant vehicle class.

Team member and sophomore Cece Chu notes that in spite of some technical difficulties, her team members kept her motivated throughout the competition. “The amount of planning, time, and effort that was put into the car during and leading up to the race was extraordinary, and the team had to display a lot of determination and sheer grit to get us through the qualifications,” she explains. “My teammates are honestly the most hardworking and dedicated people I know, and seeing these qualities brought out firsthand during the race was incredibly motivating for me.”

Jordan notes that the upcoming school year is set to be a big one for MIT SEVT. “We will be entering a ‘Design Year,’ during which we can pull from the vast amount of knowledge we gained during this race to use in the design process of our next car,” she explains. “It will be a very exciting time for the team.” 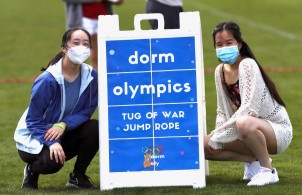 Having a Field Day

Relay races, bean-bag tosses, tug of war, and ring tosses galore, reminiscent of field days that mark the school year coming to an end and to show some class pride. 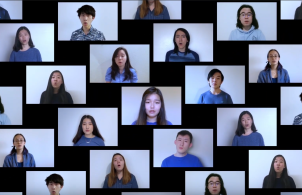 A cappella for a cause