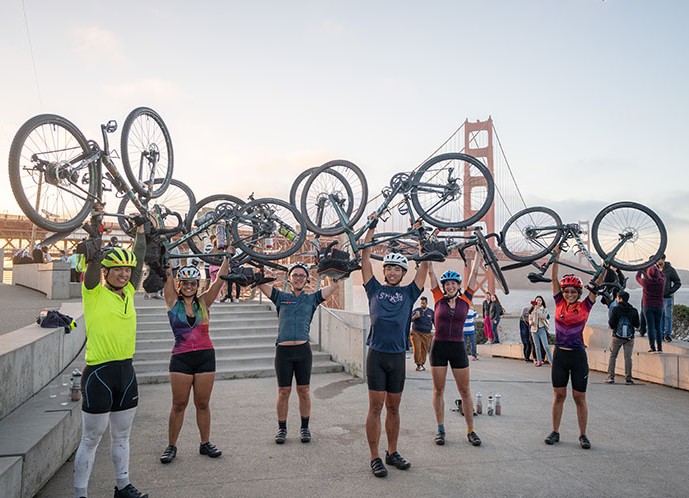 Some students have jobs or internships over the summer. But members of MIT Spokes rode their bicycles 3,800 miles across the country to teach STEM classes at learning festivals, centers for adjudicated youth, summer schools, libraries, summer camps, and after-school programs.

At various locations along their route, the riders taught middle school and high school students STEM classes in color and chromatography, 3D printing, the physics of music, circuitry, and solar cell technology. They showed students how to make electricity using just light and a tart mixture of raspberry and blackberry juices. They explained the structural color that makes peacock feathers so bright. And they taught students how to print 3D parts including Among Us characters and a rocket. They also held workshops on music with a focus on the physics of melody, harmony, timbre, and rhythm. They showed students how electricity works and had them build their own circuits to change electricity into light while explaining the fundamental laws of electricity. Spokes riders also made a tradition of ending each day with local ice cream recommended by their students before moving on to their next waypoint.

Graydon Hoskins from Hazard, Kentucky who attended the solar cell workshop said, “I am thankful for MIT for showing how it is done. I loved every part about this. I have learned so much and met amazing people−the kids, the high schoolers, and the teachers. I want to tell MIT how perfect [a job] they did for all of the students, and I love how they would come to a small town to show so much support!”

Spokes team member Simone Lassar observed, “The students were exuberant, curious, and excited. We had conversations with them ranging from what type of shoes we would be if we were shoes to how they could apply to MIT if they wanted to. The MIT brand carries a lot of weight and prestige, especially in some of these small towns that we passed through. It has been awesome to connect with students and show them MIT is not an unreachable place, but a collection of curious and excited individuals like themselves.”

“I had the pleasure of seeing the MIT Spokes team working up close through the learning festival they held in Bowling Green at the Innovation Campus at Western Kentucky University,” says alumnus Sam Ford, who completed a master’s in comparative media studies in 2007 and is executive director of AccelerateKY.

“The team’s interdisciplinary curiosity and fascination not only with the topics they taught but with the culture of the places they visited really engaged the kids in dreaming about what’s possible for their futures,” says Ford.

The group rode between 40 and 113 miles every day, averaging around 60, and admit the early climb up the Blue Ridge Parkway in Virginia taxed their leg muscles. The struggles of riding uphill were more than made up for with the amazing scenery and the opportunity to fly down the hills in the aero tuck position.

“The views were absolutely stunning. We biked into the city of Black Hawk, Colorado early one morning. The backdrop of coniferous forests, with soft morning light, and a steep downhill was maybe the most beautiful view I’ve seen in my life!” says Lassar.

Even on their days off, Spokes riders were still busy—sightseeing, swimming, and hiking in national parks such as Bryce Canyon and Capitol Reef. They also spent time climbing through narrow metal structures at the City Museum in St. Louis, Missouri.

The trek finished at the Golden Gate Bridge in San Francisco where the riders were greeted by family members and friends. The Spokes riders would like to thank all of their sponsors—especially the MIT Edgerton Center, the Experimental Study Group at MIT, and Mayor Jerry Fultz of Wayland, Kentucky. The cyclists were welcomed by the mayor and his wife of this tiny town of just 400 people.

The group is already talking about their next adventure—a possible bike ride across Europe next summer. In October, they plan to cycle from Boston to Provincetown, Massachusetts together—because they consider each other “family” now. And, just like their website says—“Engineers and scientists can be athletes too.”

(In addition, the MIT Spokes team was interviewed by two TV stations. You can watch the interviews here and here.) 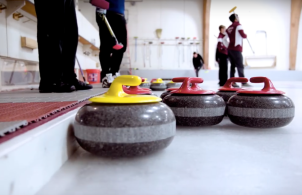 ﻿﻿If you’ve ever watched the Winter Olympics, it’s likely you’ve seen the art of curling in action. Whether it’s the stone throwing, vicious sweeping, boisterous yelling, or funky uniforms, together it all makes for a quirky and addictive sport to watch and play. 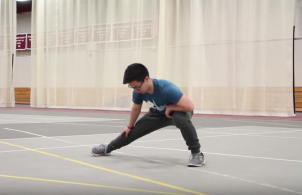 Intro to Bootcamp for Athletes

Through taking the Intro to Bootcamp for Athletes Physical Education course, Bryan Chen ‘19 found himself consistently pushing past his limits by setting and achieving new fitness goals.