Having a Field Day 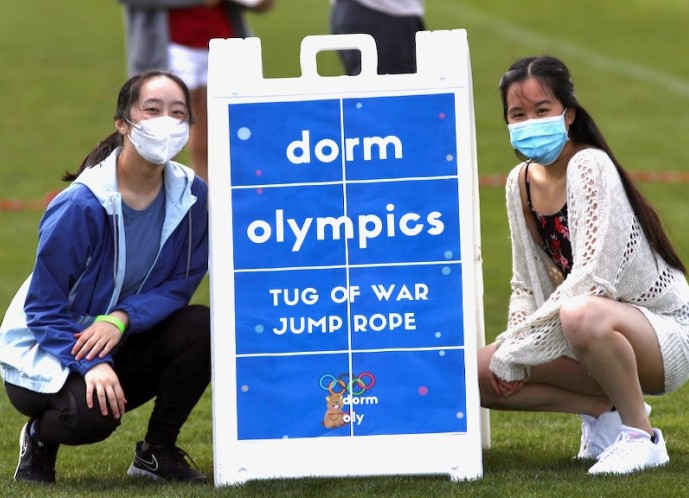 Relay races, bean-bag tosses, tug of war, and ring tosses galore, reminiscent of field days that mark the school year coming to an end and to show some class pride. Here at MIT, a group of undergraduate students were inspired to put their own Covid-safe spin on field day and show some dorm pride in the process.

The idea for MIT Dorm Olympics started at January’s COVID Hack, when students  brainstormed ideas for improving the spring semester in four different areas: outdoor spaces, virtual community, remote learning, and policy awareness. As part of the virtual community and online socialization track, undergraduate students Ellie Feng ‘24, Ashley Ke ‘24, Leyna Duong ‘22, and Yunbeen Bae ‘24 wanted to tackle two primary issues: students’ Zoom fatigue and their limited ability to interact with other campus residents. They imagined a field-day-style event that would  get people outdoors to have fun and allow them to interact each other. “We know that MIT’s dorm culture is very strong and we wanted to encourage lots of dorm spirit, especially for first-year students who are on campus for the first time,” says Feng, an event co-organizer. “Since the semester is predominantly online, we wanted to offer the opportunity for students to take a break and be able to connect with people in person.”

Events were held over three weekends from late April through May. Following social distancing and Covid-19 safety policies, residential pod group members competed in a number of activities -- relay races, dodgeball, darts, tug-of-war, ring toss, group jump rope, bean bag toss, and sack race -- on Briggs Field. The top three teams from each weekend received a prize based on participation and event performance. In addition, at the end of the three-week Dorm Olympics adventure, the top performing residence hall received a grand prize.

Dorm Olympics would not have been possible without the collaboration and support efforts from the Department of Athletics, Physical Education, and Recreation, Dormitory Council , Undergraduate Association COVID Hack, the Baker Foundation, the Division of Student Life, Campus Activities Complex, and the many event volunteers. “Undoubtedly, the most rewarding experience of planning and executing Dorm Olympics with the team has been the appreciative emails we’ve received from participants saying they really enjoyed their time competing in events with their pods,” says event co-organizer Yunbeen Bae. “Even people who were not participants reached out to say they loved the idea and didn't know why this didn't exist before.”

Beyond the three weekend Dorm Olympics event, the team hopes the initiative will grow into an annual event where all residential halls compete for the championship title. Participation this year was based on who was interested, says co-organizer Leyna Duong. “In a post-pandemic world, we can envision this to be a friendly competition among floormates,” she said, “and building on larger activities to make it even more fun for the whole campus.” 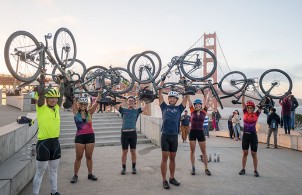 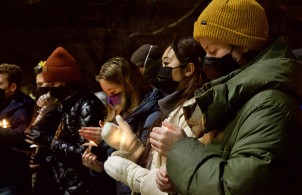 People from across MIT gathered outside the Student Center on March 3 for a candlelight rally to support MIT’s Ukrainian community and condemn attacks on Ukraine by Russian forces.