Campus Alert: Interested in connecting with the team at Housing & Residential Services (HRS)? Learn about how you can contact HRS, including drop-in virtual office hours.

Hungry? Need food? Explore the Food & Dining Resources page for a list of undergraduate and graduate student and family resources on how to access food on or off campus. 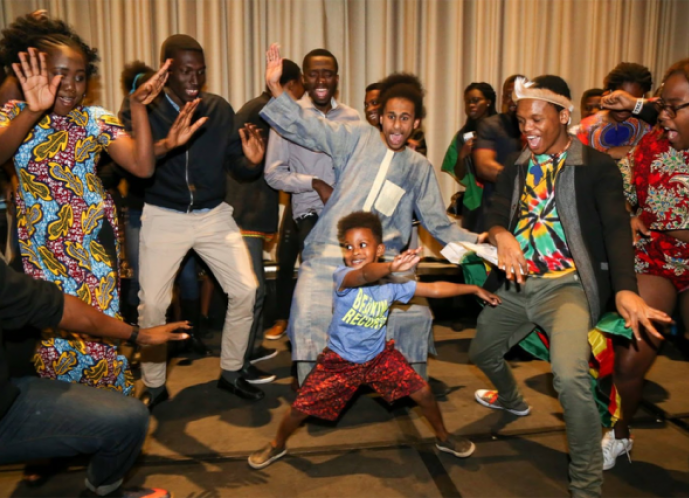 It is a warm September evening. Kudzaishe Zharare '19, the president of the MIT African Students’ Association who hails from Harare, Zimbabwe, has spent the day welcoming students from various African countries at Boston Logan International Airport. It is International Student Orientation week.

Gathered together for a welcome dinner, first-year students, current members, and even some alumni talk and greet the incoming international students. The people seated around the table all have slightly different backgrounds. Some international students grew up on the African continent, but went to high school abroad, in the United States or the United Kingdom. Many come from cities, including capitals like Nairobi, Kenya; Lagos, Nigeria; or Addis Ababa, Ethiopia; and others from more rural and less-resourced areas. Some current members are first-generation, born and raised entirely in the United States, but with immigrant parents from various African countries.

This is the core of what the MIT African Students’ Association, or ASA, represents — it is first and foremost one of the many vitally important MIT student communities, a place where students can find a home and support network.

But the MIT ASA is also a microcosm of a continent, home to some of its best and brightest scholars and engineers. It is where conversations about innovation, politics, entrepreneurship, ethics, and much more take place. Some of these conversations will blossom, carrying beyond MIT, following graduates back to their home countries and communities.

Welcoming incoming students is just one of many ways the African Students’ Association creates community on campus. Others include group dinners, study breaks, and cultural celebrations, like this past year’s 21st annual ASA cultural night, themed Kijiji. In Swahili, “kijiji” means “village”, and the theme of the event was an African village. A tagline from MIT ASA’s Facebook page promoting the event reads, “the truth about Africa, by Africans,” reflecting a desire to dispel negative stereotypes, while celebrating in their own way.

First-year students are involved from the beginning in planning events like Kijiji and learning about the club structure to keep it alive.

The ASA also hosts Africa Learning Circle (ALC) meetings to introduce students to the practice of thinking critically and constantly about African history, technology, politics, innovation — any and all pressing issues facing the continent. Some meetings screen documentaries or provide a platform for current students to present their work — where they take ALC discussions outside of the classroom.

One such example of a student project is a startup founded by Pelkins Ajanoh '18 of Limbe, Cameroon, the 2017-18 president of the ASA. During his senior year at MIT, Ajanoh started Cassvita, a startup operating in Cameroon which processes cassava for local use.

Cassvita allows locals to rely more on indigenous crops and use them to their full capacity. Ajanoh sees the venture as not only a business, but also an avenue for sustainable change. “I cannot think of a better way to live my life than to give back to my community,” he says, “It’s not that you owe anyone, you just have a responsibility.”

This sense of responsibility to a broader community is what drives many in the African Students Association. Selam Gano '18, a first-generation Ethiopian-American, designed and built a longer-lasting clean water source for preschool students in her father’s ancestral home of Muti, Kaffa, Ethiopia.

Kayode Ezike '17, a first-generation Nigerian-American, and Hassan Kané '17 of Côte d'Ivoire, were previously ASA’s president and vice president. After graduating, they both joined Sela Technologies, a company that uses blockchain to monitor development projects in real-time, increasing transparency and reducing corruption.

For these students, innovation does not begin after graduation. Institutional support makes this early start to a lifelong practice possible. Many of these projects began with resources from the MISTI-Africa office, the Legatum Center, the MIT Sandbox Innovation Fund, the Tau Beta Pi engineering honor society, and crucially, faculty, staff, and other students at MIT who believed in a vision.

Last May, the MIT African Students’ Association was awarded the Golden Beaver Award. The award is “presented to student organizations that show a strong organizational structure or government, that provide outstanding programming, and that have a significant impact on campus life at MIT. Recipients will have shown dedication to continually improving their group and enhancing the campus environment.”

However, this organization does not aim to just have an impact on its members, or MIT undergraduates, or even the campus as a whole. Each member has ties to a country, a village, a community. Together, the MIT African Students’ Association transforms Africa, and the world. 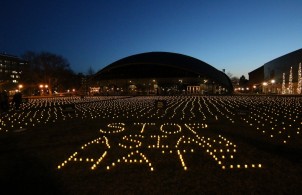 Standing in Solidarity with the AAPI Community

On Saturday, April 3, members of the community -- students, staff, faculty, and affiliates -- with COVIDPass eligibility were invited to reflect, mourn, and show their solidarity with the MIT Asian American and Pacific Islande 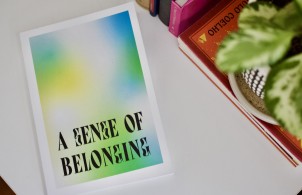 Expression of our histories

The first issue of Rooted: A Sense of Belonging pays tribute to individual immigration stories through a collection of art, poems, and photos.