After 16 years as heads of house, McCants to step down from Burton Conner 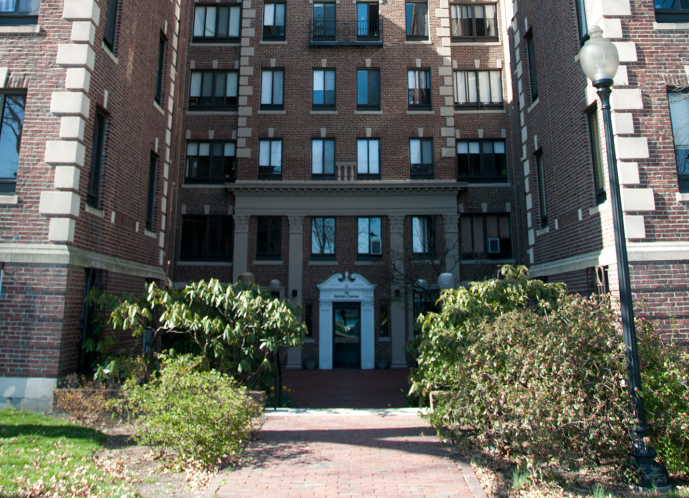 Following a 16-year head-of-house career that spanned three decades and two residence halls, Professor Anne E.C. McCants and her husband Bill have announced that they will step down from their post in Burton Conner House (BC) at the end of this academic year.

In an email to all heads of house earlier this month, Prof. McCants shared that she is “starting a three-year term as the President of the International Economic History Association, a position which I realize is going to require a lot more travel of me than is feasible while serving as head of a residence hall as large and complex as BC.”

Vice President and Dean for Student Life Suzy Nelson offered praise for the McCants’ work as heads of house, saying, “Their experience and perspective have been a great support to me and the entire head of house community, and their commitment to the students of BC will serve as an example for future heads of house to emulate.”

Prof. McCants is director of the Concourse Program for first-year students and a professor of History in the School of Humanities, Arts, and Social Sciences (SHASS). Her research and teaching focus on the social and economic history of Europe in the Middle Ages and Early Modern Period. She was named a MacVicar Faculty Fellow in 2004 and is a recipient of numerous honors including the Levitan Prize to support innovative and creative scholarship in SHASS. Also, she has twice won the Arthur C. Smith Award for exemplary service to undergraduate life and learning.

The McCantses first became heads of house in Green Hall (W5) when it was a residence for women graduate students. They supported the community from 1992 to 2002, a period they look back on as being “wonderful.” After Prof. McCants served consecutive terms as head of the History Department, they found themselves missing the direct student interaction they enjoyed in Green Hall and were inspired to join BC in 2012.

Since BC is a cook-for-yourself community, food is a consistent theme in their reflections on the last six years. In an email, the McCantses said, “Every year, we have invited each of the nine floors to the head of house apartment for a home-cooked dinner. Attendance has been high and enthusiastic over all six years.” They particularly remember BC’s annual apple bake event as a showcase for the community’s “creativity, collaboration, and generosity at its best. Great food, fun, and art.”

“Anne and Bill McCants cared deeply about student well-being,” wrote Katie Fisher ‘19, BC president. “Burton Conner residents will especially remember them for hosting floor dinners and a finals study break in their apartment, as well as their brownie recipe. This dorm will not be the same without them.”

Burton Conner House (W51) is located at 410 Memorial Drive in Cambridge. It was opened in 1939 and houses more than 350 undergraduates. According to its website, BC “consists of nine floors—five on the Burton side, four on the Conner side—each of which has its own unique personality.” The floors are made up of suites—mostly co-ed with between four and nine residents each—that contain a bathroom and a kitchen. House amenities include lounges and conference rooms, music rooms, a snack bar, recreational table games, a weight room, barbecue pits, and elevators.

But for the McCantses, BC is about much more than the building and its contents. “This role has afforded us opportunities for one-to-one interactions with students in times of both joy and crisis, challenge and repose, that are truly unforgettable,” they wrote.

For more information on becoming a head of house, contact Judy Robinson, senior associate dean for residential education. The search process will kick off with an informal reception on Monday, February 12, at 7 pm. in BC for interested tenured faculty. Potential candidates will be able to meet current heads of house and staff to discuss this singular opportunity. A search committee of current heads of house, staff, and students will review candidate qualifications, vet potential finalists with BC residents, and make recommendations to Chancellor Cynthia Barnhart SM ’85 PhD’88 and Dean Nelson. The final selection will be made by Chancellor Barnhart in time for the appointees to relocate to their new home before the fall term.

Please email Kaye Gaskins at kgaskins@mit.edu to RSVP for the reception by February 9. If you cannot attend but would still like to apply, email a current CV and cover letter to Dean Robinson explaining why you would like to be BC’s head of house. 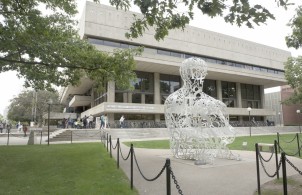 All store employees have been offered jobs by LaVerde’s operator; MIT is working with a consultant to identify new Student Center tenants 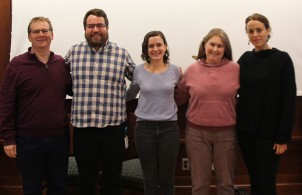