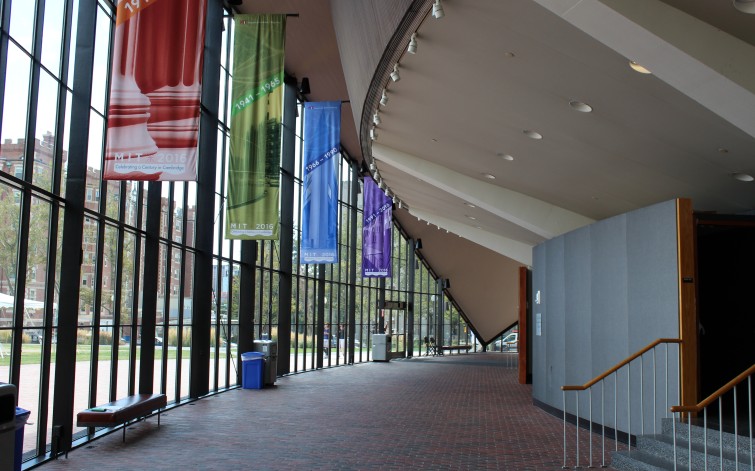 As inscribed above its main stairwell, Kresge Auditorium was dedicated in 1955 to serve as “the meeting house of the Massachusetts Institute of Technology.” Designed by Eero Saarinen of TWA Flight Center fame, Kresge serves as a well known example of thin shell concrete structure, drawing visitors from around the world. The roof, supported on only three points, was originally covered with smooth and bright white orastone, then replaced by lead sheeting attached with a mesh of stainless steel wire, before finally being replaced in 1980 with the copper roof that we know today. Ironically, Saarinen had originally wanted a copper roof, but no one at the time knew how to attach it to this type of structure. The interior of Kresge houses a 1,200-seat performance hall, 200-seat theatre, as well as rehearsal rooms and dressing rooms. These spaces serve as the primary performance facilities for MIT Music and Theatre Arts productions as well as work by a number of student organizations.