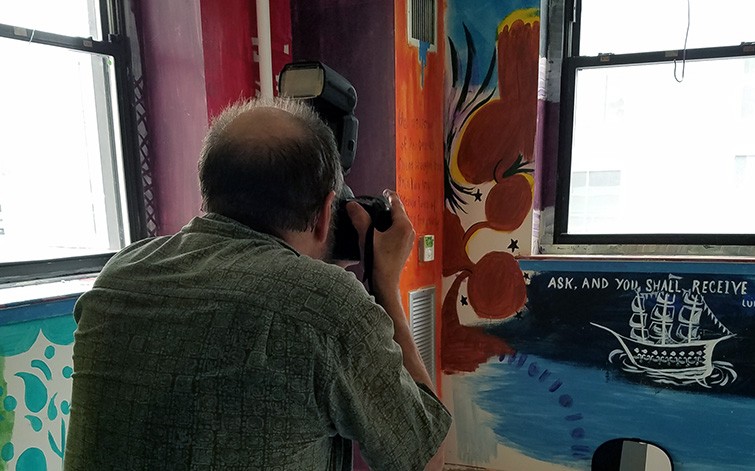 Working together to document and preserve Senior House art

Student art is an important part of the history of Senior House, now 70 Amherst Street (E2). 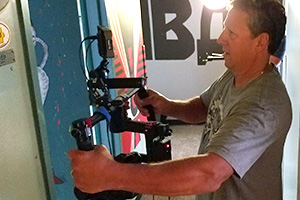 In spring 2017, residents and alumni of Senior House started documenting the building’s art and murals with digital photographs and video. After the July 2017 decision to use the residence for graduate student housing, a team of alumni and Division of Student Life (DSL) staff gathered to plan next steps for completing the documentation project. The team decided that DSL would hire a professional photographer and video crew to complete the project under the guidance of former Senior House residents who helped lead the student and alumni documentation project.

Also in July 2017, Dean for Student Life Suzy Nelson asked Prof. Leslie Kolodziejski to lead the 70 Amherst Mural Review Group—a group of students, faculty, and staff—to work with 70 Amherst Street’s student government in the fall to review and develop a plan for art and murals in the building. Below is a timeline of milestones related to the work DSL did with the Senior House and 70 Amherst Street communities.

The mural review group submitted recommendations to 70 Amherst student leaders, the house team, and DSL on what should be painted over and what should be uncovered so that residents can decide on what remaining murals should be painted over or retained. The group also recommended that students moving into 70 Amherst be allowed to determine if they want to retain existing art in shared spaces and private rooms.

The 70 Amherst Mural Review Group convened in September 2017 to tour the building and see the art and murals, which were temporarily uncovered. Over subsequent months, the group heard from faculty heads of house about the impact of student art on their communities, from housing and facilities staff on the impact of murals on building maintenance, and from campus planning staff on future residential development and housing renewal.

In March, the group completed an assessment of individual art pieces and murals to determine immediate next steps. The group made recommendations about leaving a mural covered; painting over a mural; and uncovering but letting the 70 Amherst Street community decide whether they want to retain or paint over the mural.

Over this same time period, work began on taking high-resolution photographs of culturally significant works as chosen by Senior House alumni. Those pieces were shown as part of a Senior House art show in the Wiesner Art Gallery (W20) that ran April 21 – May 7, 2018.

As incoming Chair of the Committee on Student Life, Professor Kolodziejski will lead the 70 Amherst Mural Review Group (the Group), which will be responsible for making a recommendation to the 70 Amherst Street student government’s executive officers, the Head of House, and Dean Nelson on two matters: (1) the future of select murals that members of the Senior House community have identified as culturally or artistically significant, and (2) the future of the remaining murals located in the dorm’s hallways and common areas. Senior House residents, alumni, and Division of Student Life staff have completed the process of documenting all murals in 70 Amherst Street. Because the house is in transition and graduate students will reside there for the coming academic year, new murals should not be painted in the dorm for the foreseeable future.

The Group will consult with members of the MIT community to evaluate the suitability of preserving or obtaining archival quality photographs of those murals identified as culturally or artistically significant. In making its recommendations, the Group should consider the context of campus policies for students and employees and other factors it considers relevant such as: (1) the physical condition of the mural; (2) the historical, cultural, or artistic significance of the mural; (3) whether the mural promotes a respectful and welcoming living, learning, and working environment for residents and other community members; (4) the location of the mural (including whether it is located in public or private spaces); and (5) the purpose, motivation, and context of the mural, including whether it promotes positive discussion on a topic of importance; adds to an existing theme or highlights an aspect of society; recalls a significant story or event; or adds a desired visual aesthetic. The Group can be further guided by the Residence Hall Murals policy in the Mind and Hand Book (http://handbook.mit.edu/murals). Pending the Group’s report, which should be completed by January 2018, some murals may be covered temporarily.