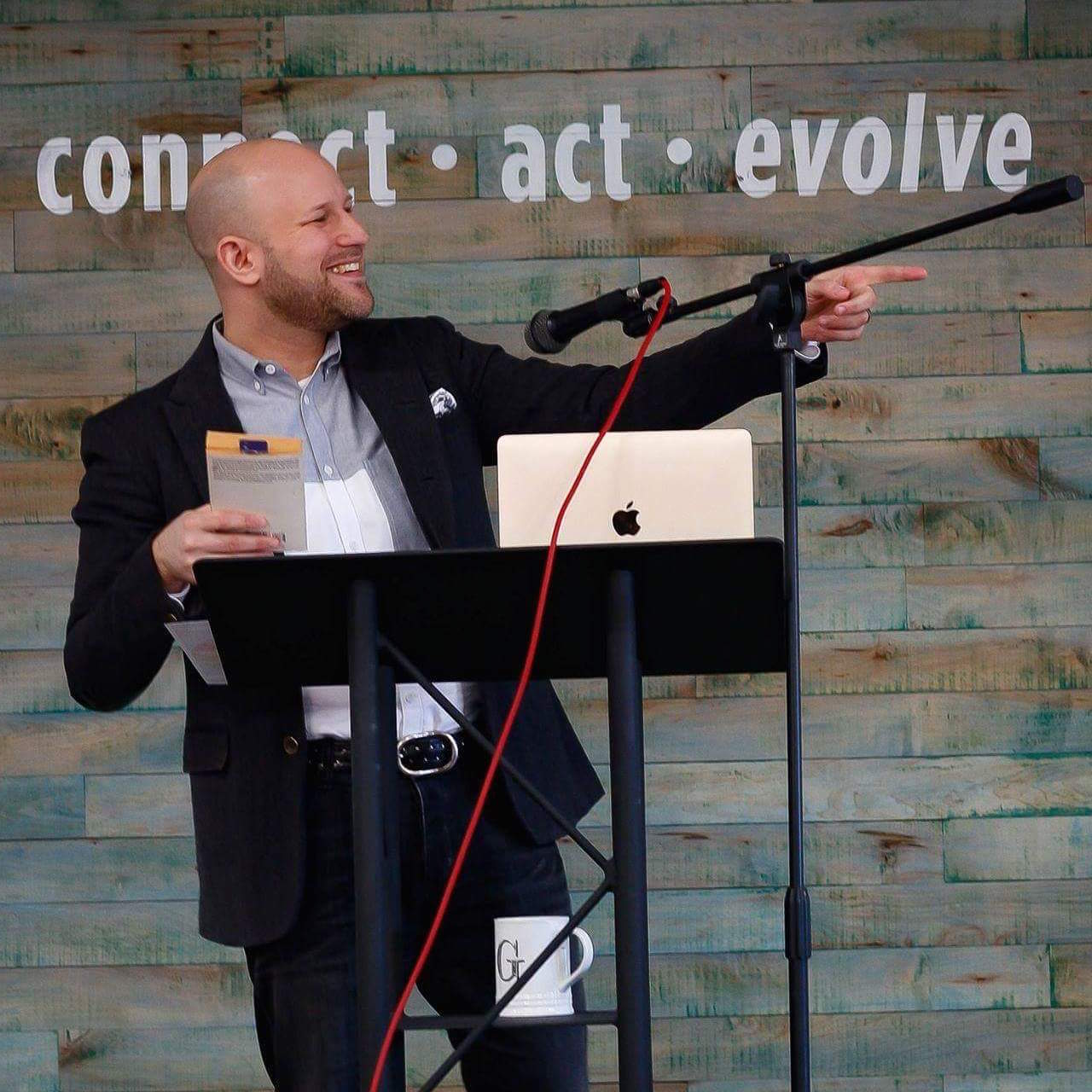 Greg M. Epstein serves as the Humanist Chaplain at Harvard and MIT, and is the author of the New York Times Bestselling book, Good Without God: What a Billion Nonreligious People Do Believe.

A prominent leader for nearly two decades in national efforts to build a positive, inclusive and inspiring humanist community to serve the growing population of atheists, agnostics, and nonreligious people, he has been described as a “godfather to the [humanist] movement” by The New York Times Magazine in recognition of his efforts. Epstein was also named “one of the top faith and moral leaders in the United States” by Faithful Internet, a project coordinated by the United Church of Christ with assistance from the Stanford Law School Center for Internet and Society.

Greg currently serves as the Humanist Chaplain at Harvard University, a position he has held since 2005. In 2018, he also joined the Massachusetts Institute of Technology (MIT) Office of Religious, Spiritual, and Ethical Life as Humanist Chaplain at MIT and “Convener” for Ethical Life. His arrival at MIT in this new role inspired him to a new focus on exploring the ethics of technology and what it might mean to use technology ethically and humanistically today. Greg is currently on a paid sabbatical for the 2019-20 academic year (through July 15, 2020) to research and write about technology, ethics, and humanism, including as a columnist at TechCrunch, a leading publication reporting on the business of technology, startups, venture capital funding, and Silicon Valley.

Previously, Greg has served in an advisory capacity for a diverse range of interfaith and humanist institutions, including Boston Mayor Martin Walsh’s Interfaith Advisory Task Force and the Advisory Board of the Secular Student Alliance. He also supported “The Inclusive America Project,” an initiative of the Aspen Institute co-chaired by former Secretary of State Madeleine Albright. He has served for nearly a decade on the Executive Committee of the Harvard Chaplains, with a term as vice president. He has also helped establish humanist chaplaincies or similar organizations at Yale, Stanford, USC, and other academic institutions.

A frequently-quoted expert on humanism, religion and ethics, Greg authored the New York Times bestselling book, “Good Without God: What a Billion Nonreligious People Do Believe.” In addition to his current work at TechCrunch, his writing has appeared on CNN.com, The Washington Post, Newsweek, Salon, and WBUR/Cognoscenti. His work has also been widely discussed in the national and international media, including the New York Times, The Atlantic, CNN, The Boston Globe, and on dozens of radio and television programs. Over the years, he has led and facilitated thousands of humanist and interfaith programs and educational opportunities at Harvard and elsewhere – universities, community and state colleges, urban public and expensive private high schools, at the United States Congress and Senate, megachurches, synagogues and Islamic centers, and interfaith and civic institutions of many other kinds.

Greg received the Humanist Visionary Award from the Foundation Beyond Belief and is the 2018-19 recipient of the Irving Wolfson Award for humanist thought in the Unitarian Universalist tradition. In 2005, he received ordination as a Humanist Rabbi from the International Institute for Secular Humanistic Judaism. He holds a B.A. (Religion and Chinese) and an M.A. (Judaic Studies) from the University of Michigan, Ann Arbor, and a Masters of Theological Studies from the Harvard Divinity School.